Christina Petrinou, Art Historian, for the silence of the glance exhibition 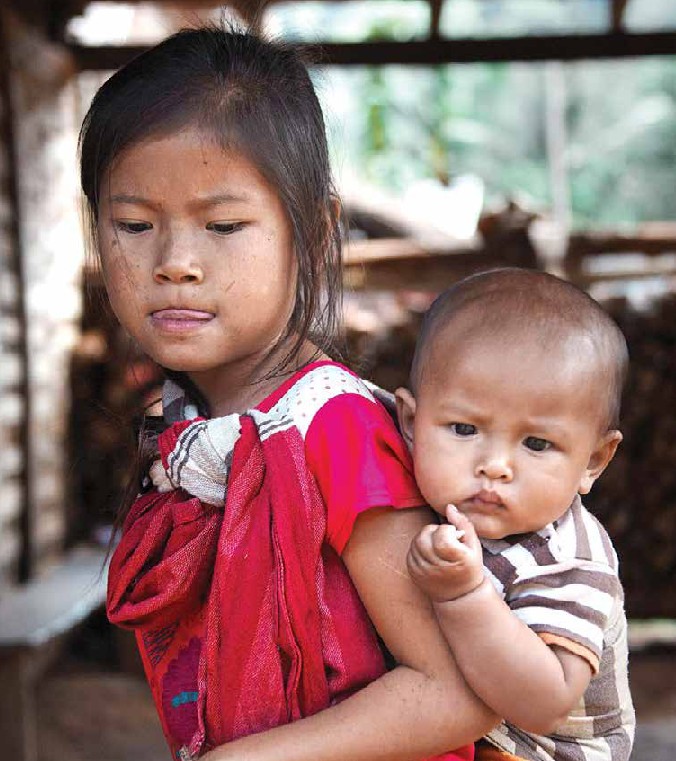 THROUGH HER TRAVELS IN VARIOUS PLACES AROUND THE WORLD, Denny Theocharakis depicts her emotional experiences and captures with the lens her culturally intriguing perambulations. In the exhibition the silence of the glance she recounts to us in a unique fashion stories of people she encountered while travelling in countries across Asia, Africa, Europe and America.

There is neither story nor narration without a journey. Photographic images assume the role of mediator between the travels of Denny Theocharakis and the viewer’s imagination. The creator ‘freezes’ reality, offering viewers the possibility to wander into new worlds, and letting their imagination run free.

Inspired by her travels, she introduces us to her photographs along with her paintings, thus, forming a solid unit. After all, as far as Denny Theocharakis’s particularlly creative nature is concerned, painting and photography are interconnected concepts. She converses with her images and writes down her own truth through her brushstrokes by reversing and con- densing time, respectively.

The focal point of the silence of the glance is the Human Being, and is viewed in a sensitive and magical way. The camera is an extension of the artist’s glance. Love for life, pain, loneli- ness, toil and anger are being presented like fragments of reality and recorded like compo- sitions of photographic integrity, connected by the eyes of people from around the world. Since 1839, the year photography was invented, until today, this medium serves as the recording and interpretation of the world in an incomparable manner. Through the pho- tographic lens, photographers make their own unique choice of images in order to give us their personal mark and convey their intended message. As the American photogra- pher Ansel Adams has characteristically noted “You don’t make a photograph only with a camera. You bring to the act of photography all the pictures you have seen, the books you have read, the music you have heard, the people you have loved.”

The photographic choices made by Denny Theocharakis constitute dynamic narration tools of daily-life stories which customs, and function like a chronicle, a record of events redefining our cultural and social perceptions. She is a photographer of the world. Her photography is a document of the universe, for she steers her camera towards people in order to share with us moments of social content and daily activities in which she becomes witness to, and illustrates them in a way so that the ordinary shall not be lost into oblivion and be forgotten.

In her travels, Denny does not remain a mere observer; she means to get to know people, to converse with them, to somewhat sense their environment. She encounters peoplepasses by their life, and they, sometimes without even knowing, leave their mark both on the lens and on her soul.who live in different countries, in different cultures, who, yet, share common habits, similar lives and experiences. She becomes part of her heroes’ daily routine, someone who

While observing the series of photographs in the silence of the glance, we realize that her photography does not limit itself in capturing the moment. Her photographic lens assumes life and motion. Through a glance or some simple nod, Denny Theocharakis captures human moments, lives enriched with experiences. The photographer’s sensitive eye conveys messages, allows us also to travel into the souls of these people and imagine their stories. The artist, relinquishing her comfort zone, journeys far and wide to unfamiliar places, under adverse circumstances; she discovers new cultures that inspire her, and through her silent and insightful glance, she widens the world on our behalf.

She involves us into a critical viewing vis-à-vis of the human images she depicts. Is there anything more wondrous than to be able to enter, even for a little while, into the routine of other cultures, to meet people who were born and raised under different circumstances? To talk with them, to be invited into their dwellings, to savour their food, to immortalize a Gypsy infant, for instance? However, even a simple glance may speak for itself. Eyes that are terrified, raged, ready to ‘punch’ you; eyes that move you or give you the chills. These are moments never to be forgotten.

Today, despite the existence of numerous social media in which photography plays essen- tial role, the art of photography has become even more demanding. Through technology, the spate of photographic images enables everyone to take a snap, who do not necessarily possess a well-grounded photographic perception. On the contrary, Denny Theocharakis’s documentation of events takes place in full conscience and with an incredible curiosity, speed and instant reaction. She meets the glance of those who attract her attention, and she remains watchful both through her eyes and heart.

In the “street art photography”, represented deservedly by Denny Theocharakis, the artist’s important role is to discover their theme and unveil it to us within fractions of a second. One of the singular characteristics of the art of “street photography” is the fact that nobody else may take a snapshot of the same instant. This genre of photography requires patience as well as vigilance in order to immortalize “what you saw,” “to be present on the right moment” and to be able to swiftly “overcome the fear of others to accept the challenging presence of your lens.” The achievement of our artist here is that she “steals” speedily and masterfully human moments; she is where nobody would have expected her to be. She becomes an eye-witness of life’s incidents. She adds duration to what is evanescent by “freezing” it.

She is not interested in unnatural poses, but rather on spontaneous images. She strives patiently to encapsulate the impulsiveness and the fleeting nature of the moment, and she does it successfully. Amidst an unfamiliar environment, sometimes she becomes readily accepted, whereas some other times she is received with rejection and fear. Although her images reveal intense emotions, her photography does not exude aggression, rather it brings into the foreground her tender look for the fellow human beings.

Through her human portraits, the artist raises our awareness with regard to the living con- ditions of these people, as well as to the wider social structures. The presented images highlight in a natural manner the primordial human experience. Her backdrops widen the ambiance and the surroundings of the person depicted, without, however, distracting our attention. The artist is able to connect people of different religions, beliefs, social classes, and ages. The innocent look of a child is followed by the image of a hollering mad person; the mild-tempered monk from Laos “stands next to” the colorful man from the Greek island of Hydra; the man from South Africa raises his arm high, assuming the same posture with Mandela who is depicted in the background; the suave figure of a woman “converses” with a 155mm mortar in Vietnam. The sole and absolute masters here are the human race and the lives of people.

In an era in which photographic media allow for all sorts of intervention, Denny Theocharakis uses her digital camera as if it were analog, for she does not wish to have her photographs digitally processed. This very fact makes her eye even sharper, endowing it with an unrivalled decisiveness. All of her senses are focused towards the instant she records and, at the same time, her eyes do not stand idly depending on the stage of photo processing. She does not manipulate either reality or the photographic end result. The impulsiveness and the speed of the moment do not prevent the artist from depicting a comprehensive outcome so that, in the end, composition and emotion may co-exist creatively in her journey.

Still, when Denny Theocharakis uses her analog camera, her eye as a photographer is of particular interest. Her black-and-white photos emanate a sense of drama and directness; they travel you back in time. You sense you are there to help, embrace, share. They remind you of old-time photographs.

Looking upon the work by Denny Theocharakis we sense anything but the silence of the glance. On the contrary, the eyes her protagonists’ are ablaze, they speak to us, they shout to us. They transfix us and at the same time they provoke a weird sense of freedom. We are enthralled, moved, startled and ambushed by them. Distant and familiar at the same time, sometimes they become judges and sometimes mirrors, and invade tempestuously into our soul, purifying it. They dispense with time, disturbing our thoughts by shaping the truth of life through their own reality.

The photographer is transformed into a contemporary intercultural wanderer (flâneuse), into a creative channel of interaction between ourselves and the world. By means of her photography, she invites us to bridge diverse images of the world and to see them in their entirety. Through her inquisitive and restless eyes, she brings into light aspects of life that eventually will serve as models for her painting.

If with the advent of photography painters once feared that they would be jobless, the work by Denny Theocharakis professes that painting and photography not only can co-exist but also that the one can enhance the other, forging a timeless, universal language. In the field of representational creation, painting and photography negotiate and establish a relation- ship of action-reaction, while at the same time they level out counterbalancing perspec- tives. Perhaps that is what Man Ray had in mind when he said: “I photograph what I do not wish to paint and I paint what I do not wish to photograph.”