Manolis Baboussis, Visual artist, photographer, architect, for the silence of the glance exhibition 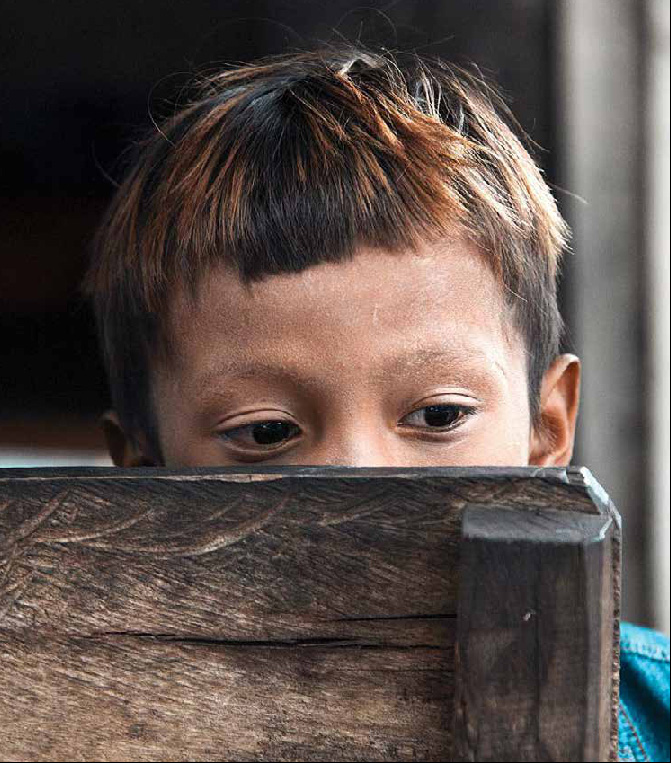 PHOTOGRAPHIC REPRESENTATION POSSESSES A STRANGE POWER; even though it unveils its creator’s inner thoughts for the world, it does not convey the image through memory, as in painting. Photography requires the physical presence of its creator on the given space-time of the image.

The photographer shares and testifies some sort of “I have been there”, of which we see only a part; the rest of it remains outside the frame, much like the viewer’s perceptions and the medium’s intervention. As viewers, we are invited to discern the authenticity of our own glance, the glance of the creator, of the image itself looking towards us.

Nowadays, in an era dominated by images-screens, virtual reality and reproduction of stereotypes, the one and only human or spot that has not been yet photographed, will become a universal protected “monument”; a rare and mysterious point of reference. The work themes chosen by Denny Theocharakis raise and involve at the same time many significant issues. The “I have been there” requires travelling, in the first place. It lays down the issue of defining the distant Other through her own eyes, our own eyes, the “eye” of the camera.

The objective of the early travels of humankind was not to encounter the Other, but rather to dominate him. Since then, we have come a long way. There were the early romantic photographers and painters, who widened the world’s horizons; then the first travelling magazine, Sur terre et sur mer, or the magazines National Geographic and Geo - whose photographs established the stereotypes of travelling photography up to the diverse approaches that are being recorded in the history of photographic image.

Today, we are not anymore referring to travelling or the recent mass tourism; nowadays, we talk about the “distance” from the Other. We talk about the basic element of photography, which is to keep always a distance from what is being represented, from the context of space and time and from the elapsing time until we view the images.

Denny Theocharakis, explores and articulates the image in multiple levels. She approaches the Other, diminishes distances, moves within a socio-political context in a silent way, without further ado. She moves around a world whose differences should be bridged. Her glance spreads beyond time, the environment and the ideology of colonization.

What we discern first and foremost in her photographic images is an anthropological approach. We see men, women, aged people, and children; we notice the layers of time and history upon the urban and rural environment in different countries and cultures of the East.

In places where the West had “colonized” even their image, the artist now watches unobserved the activities and daily moments of people who are being brought up, mingle, work and fall in love in peaceful co-existence.

Her approach silently brings into the foreground and investigates identities, contexts and places. She transforms the streets into photographic studios with natural light in which she monitors carefully the human expression and the feelings that connect all cultures with universal values.

Her photographs assume a life of their own; they walk and narrate along with her the admiration about female nature, motherhood, children. They chant an auspicious hymn of life itself. They emanate respect, tenderness and trust to the Human.

The undercurrent - common thread - connecting the artist’s journey is the receptive- ness of her eye sight attuned to the emotions she detects in the glances of others.

She earns their trust; from an observer she becomes the observant, while we see their glance, we discern her own piercing (penetrating), sensitive, spontaneous eye that mea- sures and weighs the figures; she projects her eyes onto those of others in every move, touch, shadow, texture, fold or material.

The artist replaces the stereotypes, giving us the sense of an experienced reality, of a direct sense of the presence of the Other.

Denny Theocharakis does not narrate a specific event, does not document a public or private story; neither refers to grand monuments or events nor provides testimonials about the overall image of a country.

Her own approach is a counter-narrative. She is free. She keeps her distance both from the pleasant and the unpleasant. At the same time, her photographic images are being constructed in an almost musical, independent manner, while simultaneously forming a comprehensive ensemble with her painting.